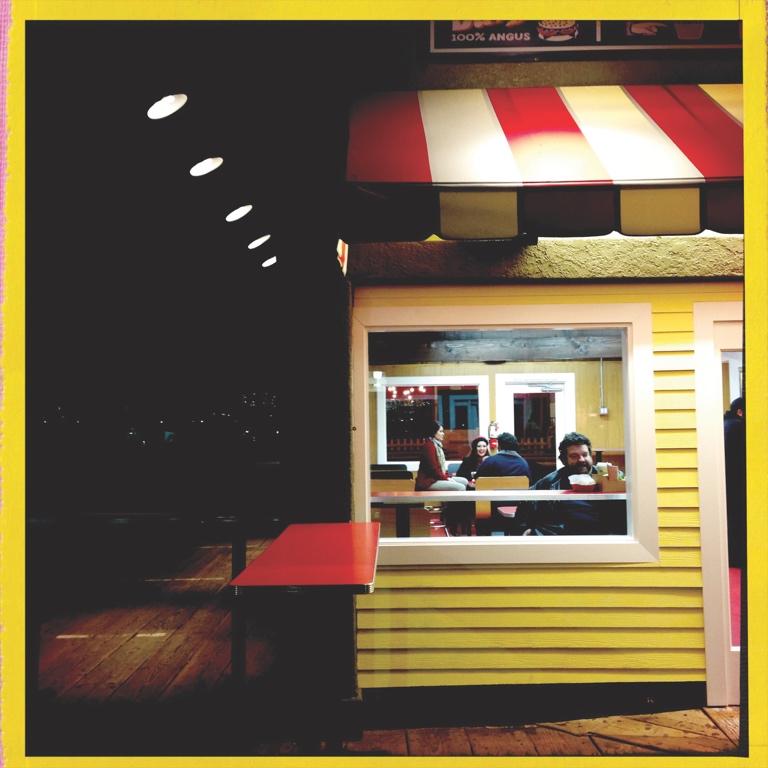 FunnelCake: On the iPhone by David Hume Kennerly

Face it, most of our iPhone pictures are routine - selfies on a mountaintop, pictures of the cat, or, even more boring, pics of that weird-shaped metal piece we need to replace at the hardware store. It makes sense. After all, the iPhone is pretty limited, isn't it? No optical zoom, no interchangeable lenses, a flash with a limited range, fewer megapixels than that fancy DSLR your neighbor carries around, and the lens probably has your fingerprints on it. You can gussie up the photos with a filter if you're feeling retro, but that doesn't change the limitations of the camera, does it? Sure, your iPhone has the advantage of being with you most of the time, and that's great, but what can you do with it?
It turns out that it's quite possible to take amazing photographs on the iPhone, and David Hume Kennerly is here to prove it. A life-long photographer, Kennerly has gone from tooling around with a Brownie Hawkeye as a child, to working as a pro with a Canon 5D Mark III, earning a Pulitzer Prize in Journalism along the way. He has photographed presidents, produced Emmy award-winning documentaries, and traveled the world in search of the perfect photograph. So, with a resume like that, why would he bother with the iPhone?

It began with a challenge that Kennerly set for himself: to go back to his roots and take one good photograph a day, beyond the assignments, beyond the paid gigs, just a simple camera and good composition. He wanted a camera that was simple and easy to use, something light to carry and always available, a stripped-down camera where the only thing that mattered was the subject. What else to choose but the iPhone?
The result of his search for the perfect daily image is his book, On the iPhone: Secrets and Tips from a Pulitzer Prize-winning Photographer (Goff Books, 2014).
On the iPhone is not so much a book to read cover-to-cover, as it is a book to be delved into at leisure, skimmed and perused. You won't find how-tos on aperture or depth-of-field, which would be mostly irrelevant for the casual iPhone photographer anyways, but instead there are Kennerly's fabulous photographs.
Each chapter begins with a brief writeup on the chapter topic, which range from "Buildings: A Love Story" to "Street Photography" to pictures taken from airplanes. At 200 pages, the book provides a generous selection of photos, with captions accompanying them, explaining the how and why of each.
The photos are refreshing in that they are generally not about the special effects available on the iPhone, effects that are often used to cover up for an otherwise mediocre pictures. Instead, the photos are about composition, movement, and telling a story.
With some photographers' work, you can tell in an instant who the photographer was because they have such a distinctive style. That doesn't seem to be the case for David Kennerly; there is no single photo you can point to and say, "That's a Kennerly iPhone photo". His work is so wide-ranging and varied, going wherever a good picture is to be found, that each page in the book is a revelation.

On the iPhone ends with "Sixty Tips for Better Pics", a collection of thoughts on how to get the most out of your iPhone photography. This section feels a little like an unnecessary add-on to the rest of the book. The tips are in fact quite useful, but might have been better interspersed in the rest of the book, possibly associated with specific photographs to demonstrate their utility. However, that's a minor quibble in a fine book of photos. Funnelcake says: check it out.