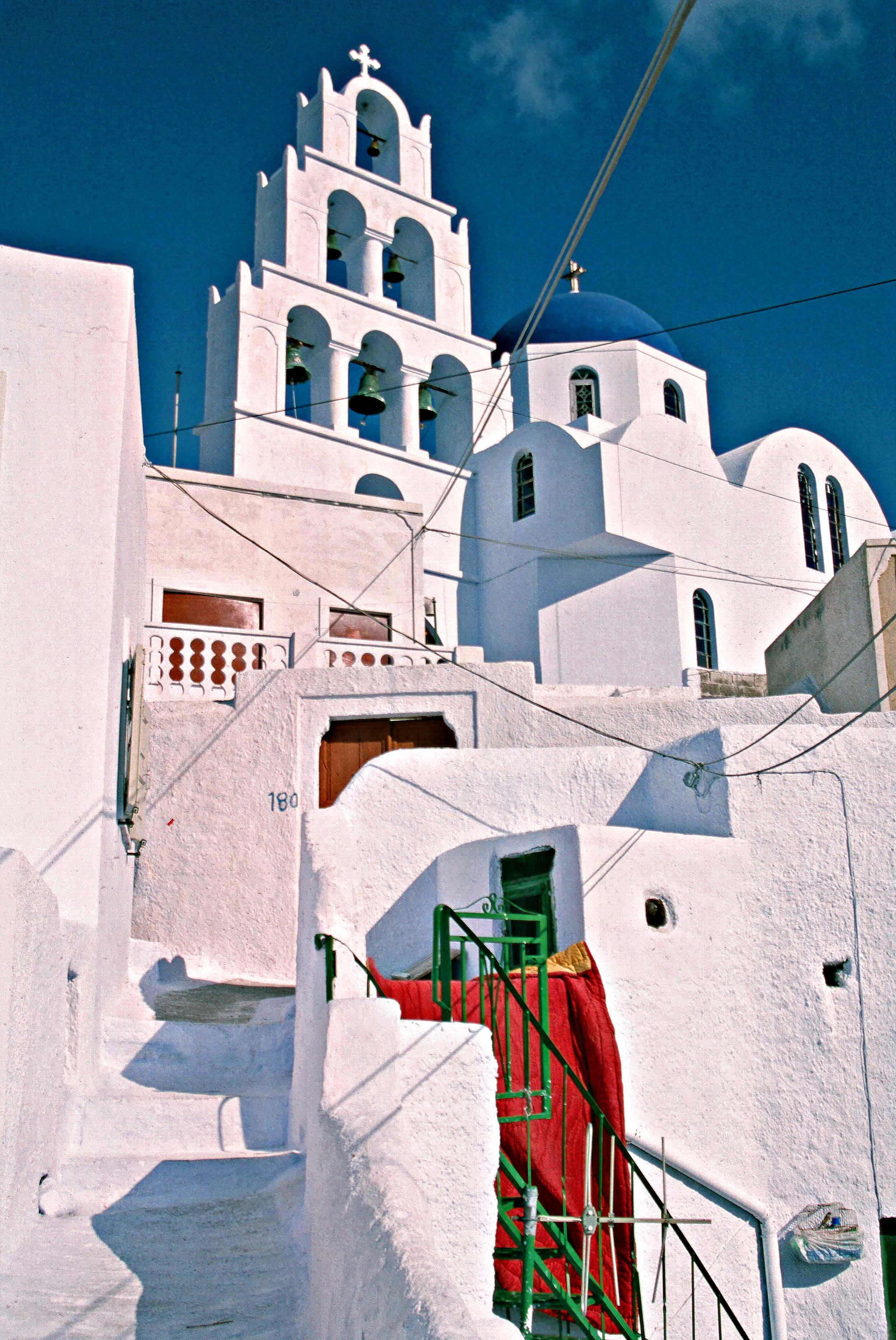 The Sense of Passage: On Michael Webb’s “Moving Around: A Lifetime of Wandering”

MICHAEL WEBB HAS done a fair amount of travel writing. A good deal of that writing has been the by-product of his work as a critic of architecture and contemporary design, which has given Webb a felicitous eye for the visual signatures of a landscape. He has a native gift for architecture. His initiation as a traveler took a more or less conventional track (France, Greece, Italy, and Morocco), but Hollywood beckoned early; and his emigration to America — and ultimately to Los Angeles — appears to have been as carefully mapped as any of his voyages.

As a tyro journalist and architecture critic on his first trip to Los Angeles he managed to score not merely an interview with John Lautner, but a personal tour of some of the architect’s greatest Southern California houses. In New York, he was hosted by Charles Gwathmey’s father at the house Gwathmey designed for him. In Washington, DC, he was treated to an after-hours tour of the White House, including the West Wing. Webb is modest about all this success; as he says, he clearly had a lot of help and sheer luck. But although he doesn’t make a big deal of it, Webb also did his homework. (On assignment in Jerusalem, he astonished the legendary Teddy Kollek, at one time its seeming-forever mayor, with the extent of his knowledge of the city.) In the course of travels both within the United States and abroad, as he pursued his day job as director of programming for the American Film Institute, he inevitably found ways to satisfy his passion for mise-en-scène, whether cinematic, architectural, or geographic. He visited New York and Telluride; Moscow, St. Petersburg, and Tbilsi; Buenos Aires and Montevideo; Isfahan; and (inevitably) Cannes.

Moving Around is a kind of travel sketchbook — with Webb’s photographs standing in for the hand-drawn images and tangible souvenirs of the places visited, and his words for the captions or other markings. It’s possible to construct a memoir from these kinds of sketches. Mark Twain certainly did. The travel writings of Rebecca West amount to a kind of fragmented memoir. Bruce Chatwin’s In Patagonia (1977) could be described as the kernel of a memoir contained within a kind of anthropological expedition. Webb clearly understands the extension through space, the trace of hand and eye, the sense of passage, that makes for story. We want to enter these enveloping spaces, feel Webb’s own sense of place. It doesn’t have to be intimate or even necessarily very personal, though Webb does relate an affair and brief marriage kindled (naturally) at St. Tropez.

There are potentially memorable scenes: incidents in Iran and Argentina, a haunting encounter with a desperately poor beggar in Nepal (memorialized in a photograph that could make for a book in and of itself), “Dada” moments in Tokyo (e.g., sighting a T-shirt emblazoned, “LET’S SPORTS VIOLENT EVERY DAY”), pageantry in Samarkand that papers over a dark history (“Let’s put on a show to impress our foreign guests, and draw a veil over the centuries of rape, pillage, and destruction” — a rare note of protest from Webb, who is mostly a polite guest). In Mexico, Webb interviews architect and engineer Luis Barragán and explores his houses; in France, he goes on driving expeditions with Sir Valentine Robert Duff Abdy, the legendary collector and expatriate peer, including a tour of the Désert de Retz at Marly.

Yes, it is possible to construct a memoir via travel, if the writing is sufficiently personal and detailed, if the journey frames or parallels evolving aspects or chapters of a life, if person and place are well defined against each other. But we’re all travelers, and unless we’re culturally nomadic (or Phileas Fogg — whose name is misspelled), the travel — its scenery, its mechanics — is usually not the point. The travel writings that succeed as memoirs are driven by something only partially defined by place. When Patrick Leigh Fermor’s name comes up amid Webb’s Romanian adventures, it’s a reminder of all we’ve been missing here — the vividness and urgency of experience, the rhythm and song of it, which Fermor conveyed as well as any writer who ever lived. (His 1986 book Between the Woods and the Water is a model of the form.) But Fermor’s travels were driven by the urgency of politics and romance, whereas Webb’s, however serendipitous, have more mundane causes.

Webb is fairly transparent about the construction of his meandering memoir. Bracketed dates after brief chapters clearly refer back to detailed diary and journal notes. We can appreciate that he feels no need to replay details we may have already seen in newspapers or magazines. But we need to know something more about what the experiences add up to or what they meant to him.

This doesn’t necessarily come from straight reportage — or certainly not the initial reportage; and the reader can be easily persuaded to wait for it. (Many of the great travel memoirs, including Fermor’s, were written from a vantage point many years removed from the events.) There are moments when we feel some tardy revelation coming — e.g., Webb’s trips back to England and Italy, to restored industrial landmarks, revisiting the gardens at Stowe and their incomparable vistas. But Webb is almost too eager for the caravan to move on, and the reader senses an impatience with elaborate leave-taking or prolonged departure, as if the author were already preoccupied with the plans for his next voyage. (“Every year I agonize over where in the world I shall go.”)

Webb’s travels rarely take him outside the built environment, on one scale or another. This is in part a natural by-product of his consuming interest in architecture, but he readily acknowledges the deficiency:

Architecture is my passion, and I’m a city mouse who feels out of place in the countryside. Trees and mountains are fine as backdrops, but it’s streets, squares and intricate facades that excite me. I usually travel alone with no one to please but myself. I love surprises and hate crowds, but find myself constantly tugged back to the places I’m most familiar with: to London where I grew up; to Paris, where I’ve always wanted to live; to New York, Tokyo and Berlin …

It’s a set pattern, which we see forming from his earliest school travels. There are moments when Webb seems poised to escape his assignment-driven modus operandi. Extremes of climate and geography (e.g., Scandinavian glaciers, the California desert) inspire him. We come closest in these passages to a sense of how Webb understands the world and what he has chosen to make of his life. Conversely, he might have made more of his experience of the city that kept drawing him back until it finally kept him: Los Angeles. Webb does bring it all back home with a discreet peek into his own apartment (naturally in an architectural landmark).

“I’m looking for islands on the land that haven’t been submerged by the tide of mass tourism,” Webb writes, “places that have a unique flavor, with residents who welcome strangers because they don’t see too many of them.” A small, unexamined irony here is that Webb’s own travel reportage has probably helped drive the forward edge of tourism. But this comment helps us grasp the essentials of great travel (or memoir) writing — finding fresh relationships to place, conditioned by cultures and customs that clearly mark us as “other.” No one is a stranger by the end of such stories, yet we sense our own strangeness and alienation in transit. We flee ourselves only to see ourselves in a different light.

Is it possible for a memoir — even a travel memoir — to be impersonal? In Webb’s best architectural writing, he takes us into the story of a structure’s design and his experience of it. His pauses in Moving Around — with Barragán and his houses, amid the shops and boutiques of the Marais — remind us of two books in which he moves past mise-en-scène to capture something of the texture of urban experience and the lives that create it: Through the Windows of Paris (1999) and The City Square (1990). How much and how far did he really need to travel in order to understand his relationship to the world and the way he moved through it? Torino, maybe? Webb describes the Casa Mollino there as a “self-portrait and a surreal work of art that blends personal references with inherited furniture [… c]laustrophobic and exhilarating by turns.” But then, as the design team behind The Wizard of Oz might have told him, he could have turned out a similar portrait right in his own backyard — with the right lighting and a few great songs.